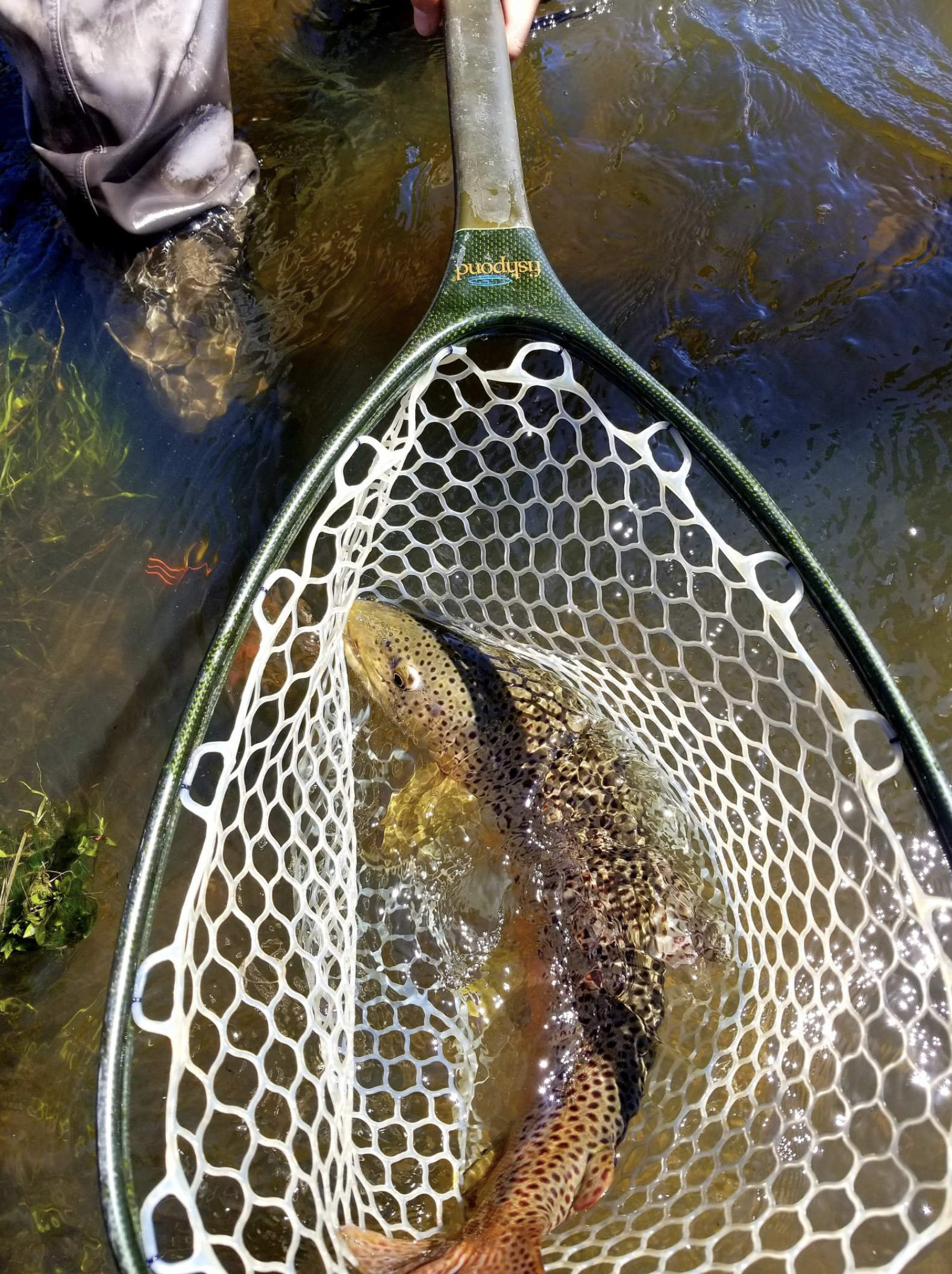 Many Big Hole River fly fishing trips are centered around the salmonfly hatch and prime summer season dates but chasing fish in the early season is often very productive. Early season dates have less fishing pressure and often more opportunity for the bigger browns on the river. Here’s what you can expect on a spring or early summer trip.

You just never know what will happen next because the weather changes by the minute. You might be fishing through a blizzard one minute and stripping down to a t-shirt the next. As a general rule, we prepare for the coldest scenarios and peel off layers when the sun shines. April is a good month to fish here, especially if you are willing to brave the weather in hopes of turning a monster brown trout. The weather is more forgiving in May and the river is still productive.

The flows rise and fall with snowmelt but the river doesn’t really blow out. It turns tea colored from tannins but never turns to mud. Fishing higher flows is just fine and there is typically a decent range of visibility. Spring often means dead drifting rubberlegs and san juan worms so the flies will be plenty visible. If the water temps jump a bit, blue wing olive and midge hatches will get the fish moving. Using large streamers is also a great way to search for those bigger fish. You will find fish hugging banks and sitting in the backwaters. The bigger runs with classic bends and seams are also great. Hit the slow stuff and work the tailors thoroughly. As May heats up a bit, mother’s day caddis hatches turn on and many fish move into the riffle type water.

The pace is a little slower during April and May. Water temperatures are cold and the mornings aren’t a big rush to beat the traffic and hot sun. Fewer boats and even fewer cars on the road makes it nice for enjoying things without a crowd. Wildlife sightings are more common as elk and deer are still hanging out at lower elevations. The hills are turning green and everything is coming to life during the spring.

The Entire River is Productive

You can fish from Wisdom to the confluence and there is opportunity everywhere. The upper river is fun with higher flows and it has more brook trout and plenty of exciting sloughs and runs that can produce bigger than average brown trout. Moving past Divide, the canyon sections see less sun but remain a great option. After Melrose, the river spreads out into channels and agricultural lands enroute to the confluence. Go explore on foot or jump in a boat to take advantage of the great spring fly fishing on the Big Hole River.