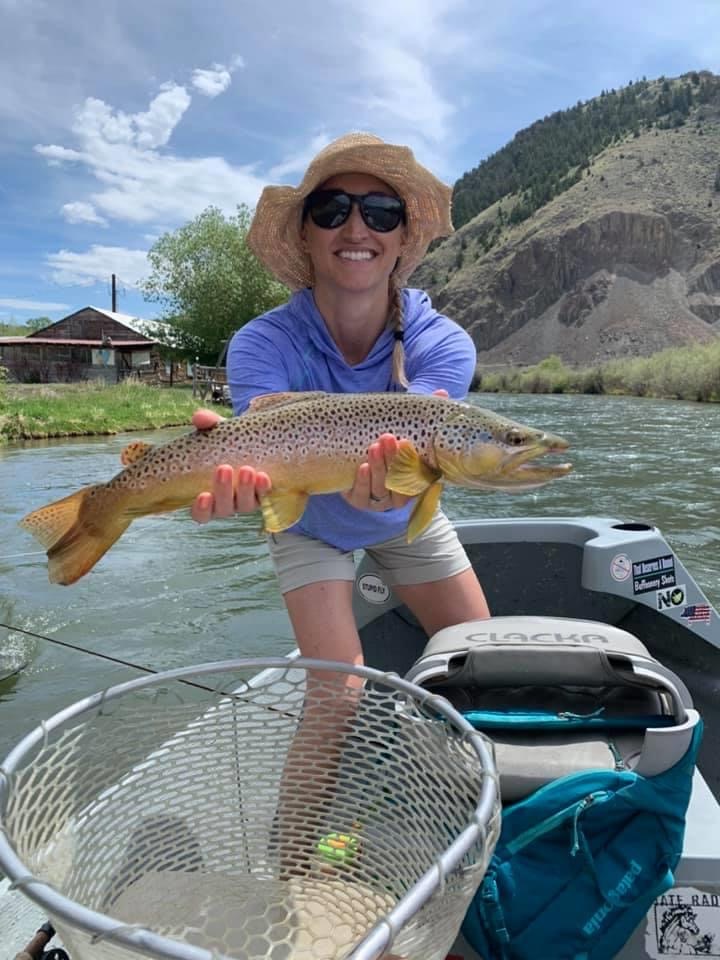 The Beaverhead continues to shine, Big Hole salmon flies are soon to arrive!

Beaverhead River - The Beaverhead continues to fish well.  It will sometimes slow up before the prolific hatches of late June, but has continued to produce numbers and large fish recently.  Near the dam you'll want to stay small, with sowbug, baetis, and midge patterns producing the best.  The worm bite from High Bridge downstream remains strong.  Increased flows from Clark Canyon Dam have sped up the conveyor belt of food and the fish are responding well.  Streamers on cloudy days have been productive as well.

Big Hole River - The Big Hole has crested for the year, thus beginning the yearly anticipation of the river's heralded salmon fly hatch.  The smart money has it coming off the middle to the end of next week.  Streamers and San Juan worms will catch a lot of fish over the next week, but expect the fish to get on the big nymphs as they migrate to the banks by this weekend.