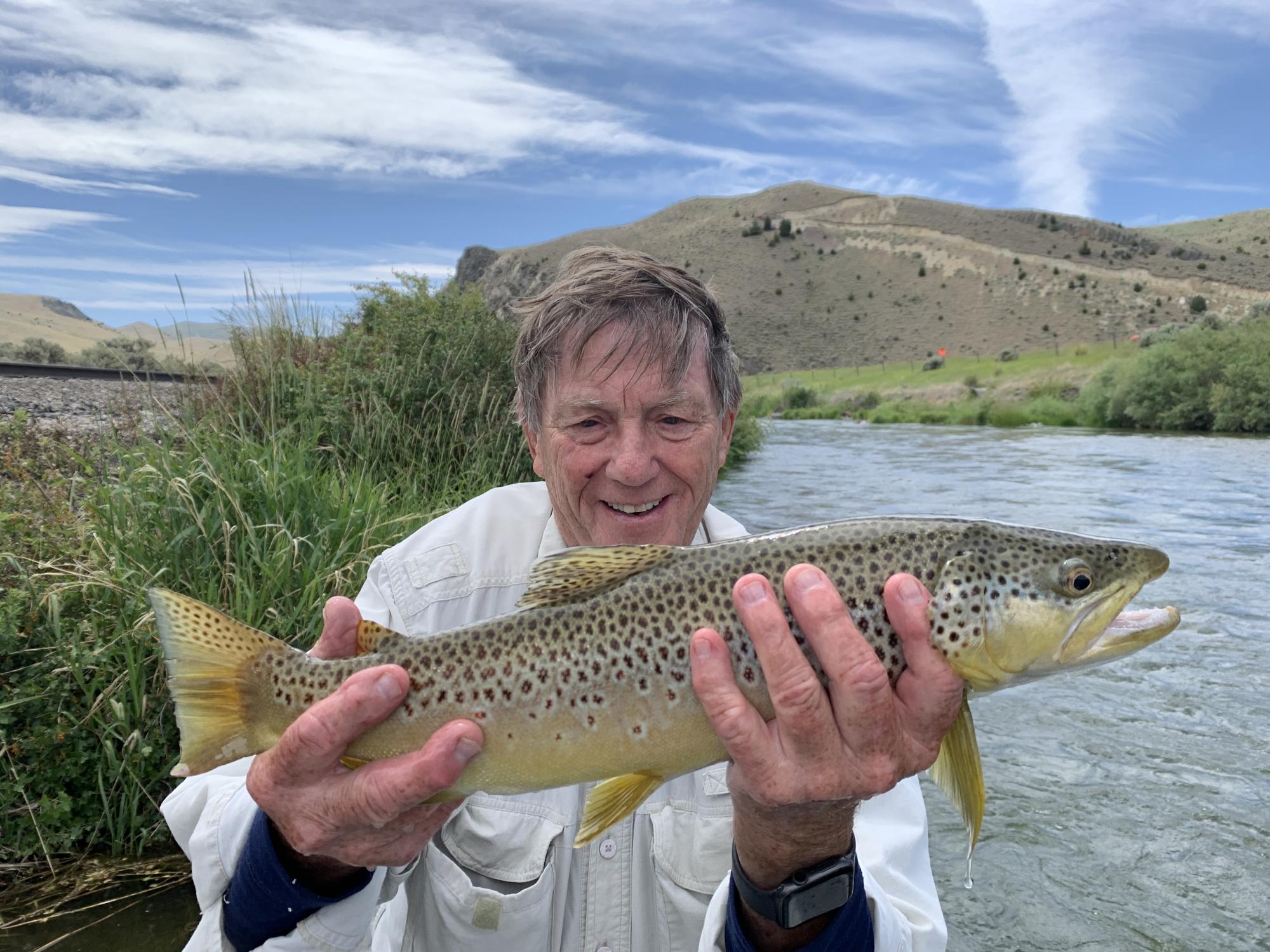 Mid-summer is upon us. The fish have seen some bugs over the last couple of months.  Tactics and strategy become more important at this point.  Fish the Big Hole early on hot July days.  The big fat chubby chernobyls that caught fish two weeks ago should be replaced by much smaller bugs, the fish are playing small ball at this point.  Just because you see a juicy looking piece of deep water that you are waiting to catch a big brown from, don't do it. The active better fish on warm days are sitting in shallow, fast riffles.  That being said, the Beaverhead just keeps producing awesome fishing even with rising flows from Clark Canyon Reservoir.  In years past, when they raise the water, the catching is severly diminished.  For some odd reason, the fishing has remained good to great on the days that flows are increased.  The dry fly fishing on the Beav has been somewhat slow over the last week, while the nymphing has been unbelievable at times.  As flows stabilize, the fish should get on the surface in better numbers.  FYI, the fish in the photo ate a hopper.  Good times ahead!